The story of Joseph Cals

Time. From a moment to eternity. Time lost and time gained. Stolen or borrowed time. How ever often people say the world, time remains something which few of us understand. Time flies, time passes, you can spend time, keep time, do time. Time heals. Time does not stand still, time and tide waits for no man, but you can kill time. The concept of time is often caught up in clichés and non sequiturs. But it doesn’t have to be, as shown by the work of the artist Joseph Cals.

In his art be sneaks up on the past from various angles. As gently and as carefully as possible he lifts it out of its usual context and put it down in the present. He is not looking for cut and dried definitions or absolute statements, but tentatively seeks out ways to describe the significance of the past and the present.

Despite the absence of clear or obvious reference to his youth, Joseph Cals’ work often stems from this period. Among the memories one wicht stands out is the excavation of a prehistoric settlement in his home town of Stein. His elder brother took him as a small child to see the partially excavated remains of a settlement where archaeologists were scraping away layers of soil from the fragmentary artefacts left behind. This miraculous rediscovery of the past inflamed his imagination so strongly, that the memory was indelibly imprinted on his mind. Other memories of Stein have also remained with the artist. In the annexe to a former monastery, missionaries had set up a small museum with ethnographic objets. The shields, spears, boats and figures from Africa, New Guinea and elsewhere had the same effect on the receptive child’s mind as the excavations. The artist absorbed these early impressions, made them his own and placed them in his archive of images stored in his own memory. It was only later that he started to draw on this treasure chest of memories, prompted by his intuition. only afterwards could the visual results be traced to their origin, as if the pieces of the puzzle only fell into place many years later.

But there is more to him than this. Over the years he early memories were coloured and deepened by more recent observations and perceptions. All these experiences became wrapped up in a new identity: a personal and legitimate world view incorporating all of these things and which is essentially internalized. Shocking personal experiences, fruitful encounters with colleagues, life’s lessons learned from friends, advice given by teachers in the United States who set him on the read to becoming an artist and Dutch colleagues who understood his creative ideas: these are the things which helped to form Joseph Cals both as an human being and as an artist. 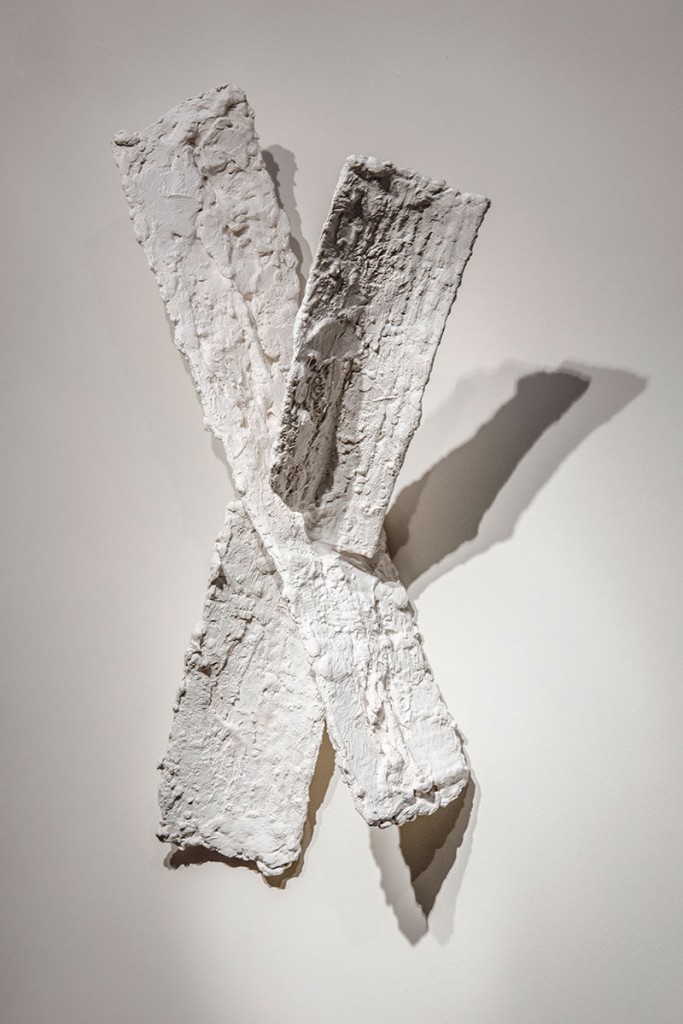 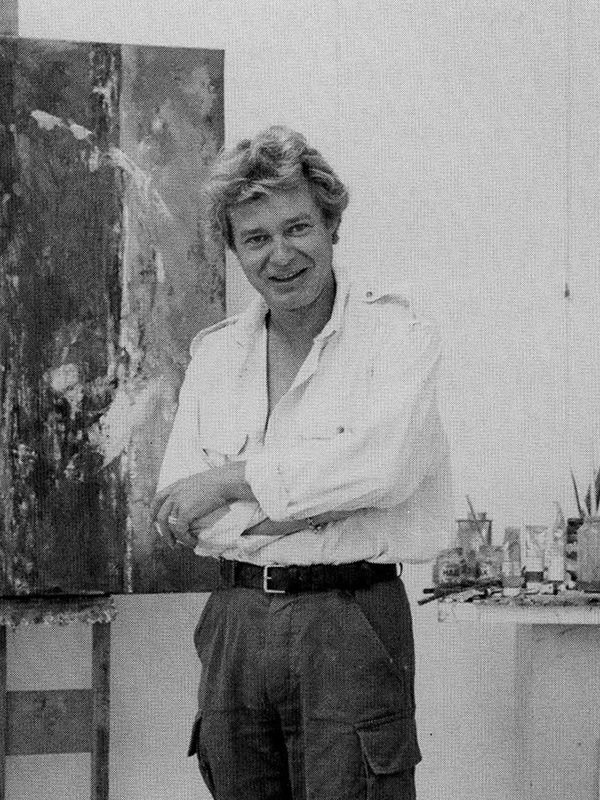 The surface of the work plays an important part in this. The scraping away of layers of soil (typical of the method used by the archaeologists he once admired in his youth) finds a counterpart in the building up of layers in a painting. In each case a small action can have a major effect. When he gets stuck with a painting, he often finds that the impasse or stalemate can be broken through sculpture. In this way sculpture and painting are often complementary and a cumulative effect is achieved. The three dimensional piece promotes spatial thinking, while the painting give the sculptor ideas for composition, colour and proportion. Essentially, the two disciplines overlap one another.

Any attempt to describe the details precisely with references or allusions, would be detrimental to the autonomy of the work and damaging to the coherence and consistency of Joseph Cals’ oeuvre as a whole; not least because consistency is one of the most striking qualities of his work. Objects are turned into vague artefacts, their existence largely based on the fact that they can be associated with universal feelings and timeless events which are never forced, but rare and gentle experiences, with no grand gestures or fanfares; as is fitting for an artist who always seeks out the subtleties.

There is a close affinity with archetypes from primitive cultures, prehistoric cave paintings, relics of a distant past and other enduring ancient traditions which have been tested by time but survive despite the passage of time.

Balance. Equilibrium. Harmony. These are abstract terms with almost as many clichés attached to them as the world ‘time’. This is because of wear due to repeated or incorrect use. To Joseph Cals, however; this does not hesitate to use expressions such as ‘seeking balance’ or ‘striking a balance’ and even sees it as a worthwhile mission to restore the meaning of, in his view, these unjustly censured expressions, and he is right, of course.

Joseph studied under Willem Minderman. I learnt a great deal from him. He said: ‘a painting never lies’. These words have become the motto for Cals’ complete oeuvre. ‘The absolute verity of the paining, that’s what it’s about. As you work you feel if it’s right in your muscles, so to speak. You make choices from various visual aids which mingle with each other. But in the end you should reach the conclusion: this painting has always existed.

It’s not just beauty you see. There’s a great deal of passion an fear and goodness knows what else during the work. Passion doesn’t necessarily show itself through wildly flinging the paint about, but also through an incredible tension. And after that everything quietens down you can say: ‘it’s finished’. As far as technique is concerned, I think anything goes. By using different methods you can create tension. As long as the canvas is still asking questions during the work, you must continue to answer. But as soon as you have to stop and think about your next move, then the painting is finished. Of course when you stand in front of an empty canvas you can give yourself a goal, but it’s a goal you probably never reach. The painting goes its own way, set its own rules which you have to follow. In fact I think that applies to most things in life. You can have all sorts of intentions, but you just have to wait and see how they turn out.

Who does not long for a world in which harmony and balance prevail? What could be better than feeling comfortable and relaxed? To Joseph Cals these are rhetorical questions. He creates based on the feeling that life and art are beautiful and derive their value from their authenticity. By immersing himself in primitive universal feelings he reveals himself in his art. His paintings, sculptures and reliefs cherish life, in the same way as the Mediterranean sun caresses the bleached stucco of a wall. Cals’ art can be sensual and genial, but also esoteric and unfathomable. It is not, in any event, melodramatic or fabricated. Nor could it ever be, because it is born out of a sincere and genuine desire for honesty and candour.